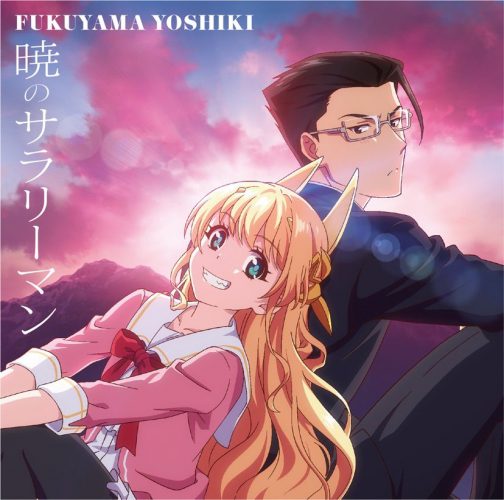 Yes, the premise may sound very silly, but that’s perfect if you’re just looking for something light-hearted, fun, and relaxing. Plus, unlike some isekai anime, the premise of Life with an Ordinary Guy sets up some good tension as there is an end goal in place. Tachibana and Jinguuji must defeat the demon lord or they’ll fall madly in love with each other, and this race against time creates decent anticipation. 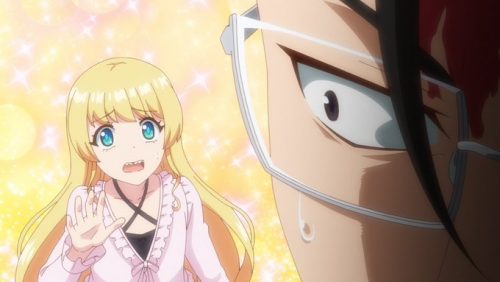 The main characters share great chemistry and complement each other well. Tachibana and Jinguuji’s backstories are surprisingly fleshed out as childhood best friends. Their friendship dynamic prior to being isekai’d is realistic and relatable. In the fantasy setting, they cooperate and build off of the strengths of one another to achieve their goal, all while falling in love with each other. 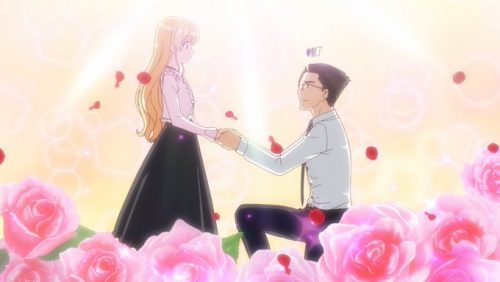 If you’re looking for something with some romantic aspects but aren’t too serious in that department, you’ll probably enjoy this anime. It’s a romantic comedy, but there is definitely more emphasis on comedy. The anime brings you into the minds of each protagonist, and their thoughts are often ridiculous! For example, one of our favorite moments is when Tachibana pretends to fall to see if Jinguuji will carry him!

Overall, the production quality is high. The art style is bright, colorful, and a joy to look at. The animation is likewise great, especially emotes of the characters. You can really see what each character is thinking just by looking at their faces. The voice actors all fit their parts, and the opening and ending songs are pleasant. 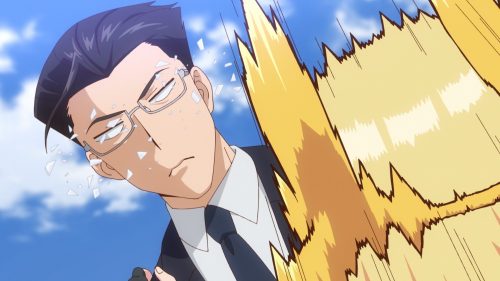 It has great comedic timing. As a comedy anime, being funny is important, and Life with an Ordinary Guy nails this. You’ll be laughing constantly at the jokes and the characters’ ridiculous antics.

Final Thoughts
Overall, if you’re looking for a lighthearted isekai anime that doesn’t take itself too seriously and you’re ready to laugh out loud, check out Life with an Ordinary Guy. Will you be watching this anime? Have you already seen a couple of episodes? What did you think? Give us a comment!
Writer

Author: Lily Lu
Lily Lu has been an anime nerd since childhood, growing up with anime such as Inuyasha and Shugo Chara. Currently, she still consumes a ton of fantasy anime, including My Hero Academia and Made in Abyss. Outside of anime, she also enjoys games like Genshin Impact and Monster Hunter, writing stories, and playing with her three cats. She is also a PhD candidate in psychology.
Previous Articles
Top 5 Anime by Lily Lu