Anime copyright laws and how they’re implemented can be problematic across social media.
Everyday there are appeals or copyright infringement takedowns. Some are genuine, but many are overly aggressive, manipulative, or even outright abuse of the law itself.
Japan is known for this aggression and in some cases, censorship when it comes to using their copyrighted material (in a legal way).
Toei Animation is a big and well known culprit. 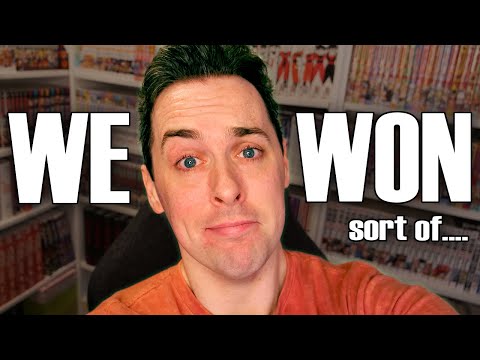 For a good while now, one of the many victims of Japanese copyright takedowns is YouTuber Totally Not Mark.
He makes some videos on certain anime, like NARUTO or Berserk, in a style titled “blind reviews” featuring many different anime.
Tons of his content was taken down by Toei Animation, and has been in the process of being appealed for some time.
As one fan put it in one of my comments:
“Toei submitted a large number of content ID claims against a youtuber “Totally Not Mark” that prevents the videos from being seen or him getting any ad revenue from those videos. All of the videos should have been considered fair use so Toei shouldn’t have claimed them as copyright infringement.”
It seems like in the end, these falsely flagged videos have been restored. Or better yet – the 150 appeals, which is a BIG number, has been denied by YouTube.
That leaves Totally Not Mark the winner of this copyright battle which YouTubers are the victims of in a lot of cases.
Accounts have been outright banned and erased because of it. 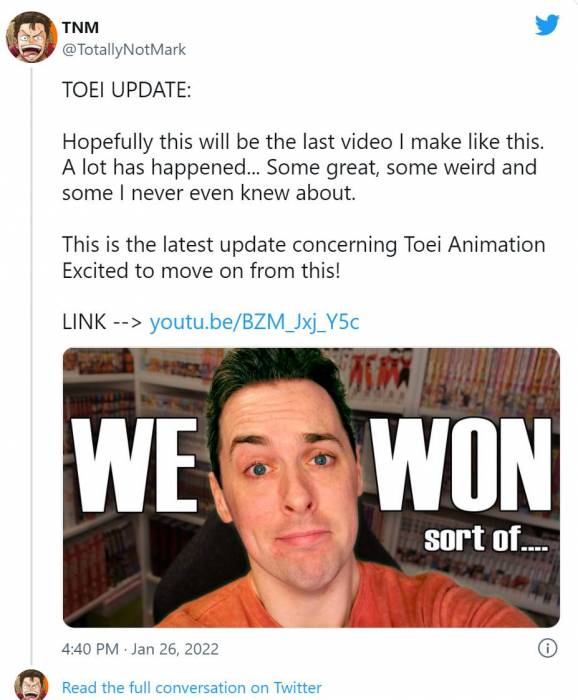 As a compromise and as part of the deal, his videos are blocked in Japan from being viewed.
For YouTubers like Totally Not Mark who create anime related videos, they’d need to win every appeal in multiple countries for this block to extend beyond Japan.
One of his responses QUOTED:
“In response to this, Toei broke YouTube’s policy, and instead of responding with a justification for their takedown notices per YouTubes request, they instead used their own tools behind YouTube’s back to manually claim and block every one of the 150 videos in my catalog of my content. So in short, Toei explicitly broke the rules in this instance. It is important to point out that had Toei provided an argument that the videos were infringing under Japanese law, YouTube would likely have honored their removal, removed the videos worldwide, and potentially struck out my channel.
In this instance, Toei broke the rules of YouTubes copyright policy, which made every single one of those copyright claims and blocks filed against me, null and void.”
Anime YouTubers and YouTubers in general will always be victims as long as they play by YouTube’s rules and never reach beyond the one platform.
It’s BS in a lot of cases, but it’s a rule you have to play by since YouTube owns the content, basically. Making copyright claims and the abuse of it more likely.
–
Recommended Next:
Japan To Launch International Anti Piracy Organization In April To SHUTDOWN Anime Piracy
Manga Publishers On The HUNT To Identify Massive Pirate Site Owners